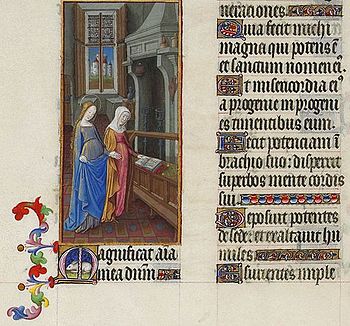 The Visitation in the Book of Hours of the Duc de Berry; the Magnificat in Latin (Photo credit: Wikipedia)